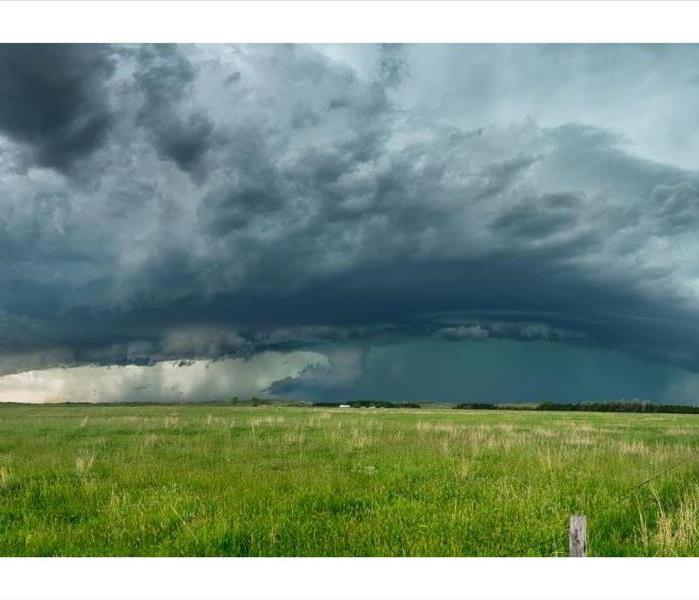 What is a Derecho?

With hot and humid weather conditions that come with summer also comes a threat of a rare severe thunderstorm called a derecho. You may be familiar with this type of storm now after the events that happened in Iowa. According to the National Geographic, a derecho is a widespread, long-lived, straight-line windstorm that is associated with a fast-moving group of severe thunderstorms. Derechos produce walls of strong wind that run throughout the landscape, causing hundreds of miles of damage.

For a band of severe storms to be classified as a derecho, it must travel 240 miles and move at a speed of at least 58 miles per hour. The Midwest Derecho swept across South Dakota to Ohio, traveling 770 miles in nearly 14 hours and knocking out power for over a million people. Unlike tornadoes and hurricanes, the winds from a derecho follow straight lines. In fact, the term “derecho” means straight in Spanish.

Derechos winds can be as strong as winds found in hurricanes and tornadoes. So, how do these strong winds form? It is created by a downburst. SciJinks stated that when the wet air in a thunderstorm meets the drier air surrounding it, the water in the air evaporates. When water evaporates, it cools the air around it. Since the cool air is denser, it rapidly sinks to the ground and creates strong winds.

The downburst can suck more dry air into the storm, making stronger downbursts. Derechos happen when the right conditions for downbursts occur over a wide-ranging area.

Derechos are most common in the Midwestern United States but are quite rare. There is an average of 1 to 2 derechos a year. These storms most commonly occur in late spring and summer.

A derecho can be just as destructive as a tornado, but destructive in a different way. According to the National Geographic, downburst clusters of wind caused by derechos can range from four to six miles long, containing smaller pockets of extreme wind called microbursts and burst swaths. The latter are only about 150 to 450 feet long, but they are severe and concentrated like the winds of a tornado and can exceed 100 miles an hour.

Treat a derecho like a tornado and follow the same safety procedures. The best thing to do in the event of a derecho is to go someplace safe and protected—high winds and falling trees can be quite dangerous.